With the latest 11th Gen. Intel® Core™ i5 processors and powered by NVIDIA® GeForce RTX™ 30 series graphics, the Katana GF66 is optimized to unleash true performance during gameplay. The new Katana GF66 is built with the same exquisite craftsmanship used to forge a blade. Run at optimal performance and shine on the battlefield.

In ancient times, there existed a legendary sword that was imbued with the dragon’s soul.

The “Dragon Blade” was forged by the Dragon Tribe and no weapon stands parallel to it power. Every swing strikes a gust of wind like a hurricane and every blow would ignite the sky in a fiery tempest. Now, pick up the Dragon Blade bestowed with the powers of the dragon, and battle on to new heights. 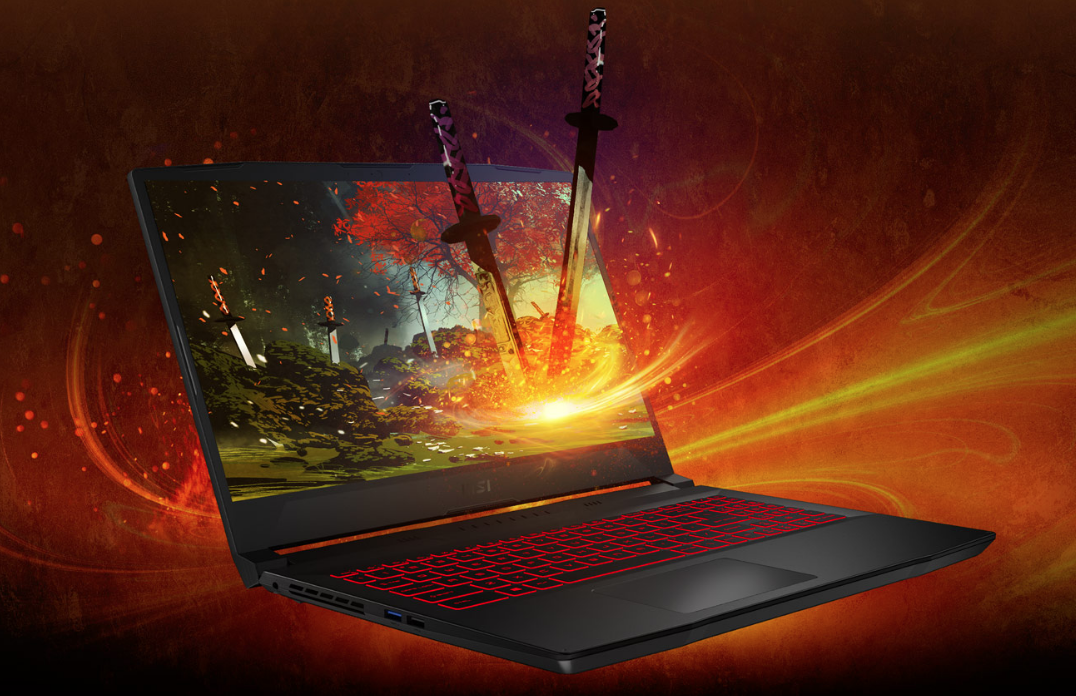 POTENT PERFORMANCE TO GAME ON

Equips the latest 11th Gen. Intel® Core™ i5 processor, it’s up to 40% performance gains over the previous generation. Achieve greater power with this 8-core processor supporting up to 4.5GHz dual-core frequency to maximize efficiency in gameplay, multi-task work and productivity.

Resizable BAR is an advanced PCI Express feature that enables the CPU to access the entire GPU frame buffer at once and improve performance.

Ray tracing is the holy grail of gaming graphics, simulating the physical behavior of light to bring real-time, cinematic-quality rendering to even the most visually intense games.

Comes with exclusive red illumination and built on a solid metal shielding with 1.7mm of key travel for better responsive and tactile feedback. The new ergonomically designed keyboard will meet all the needs. 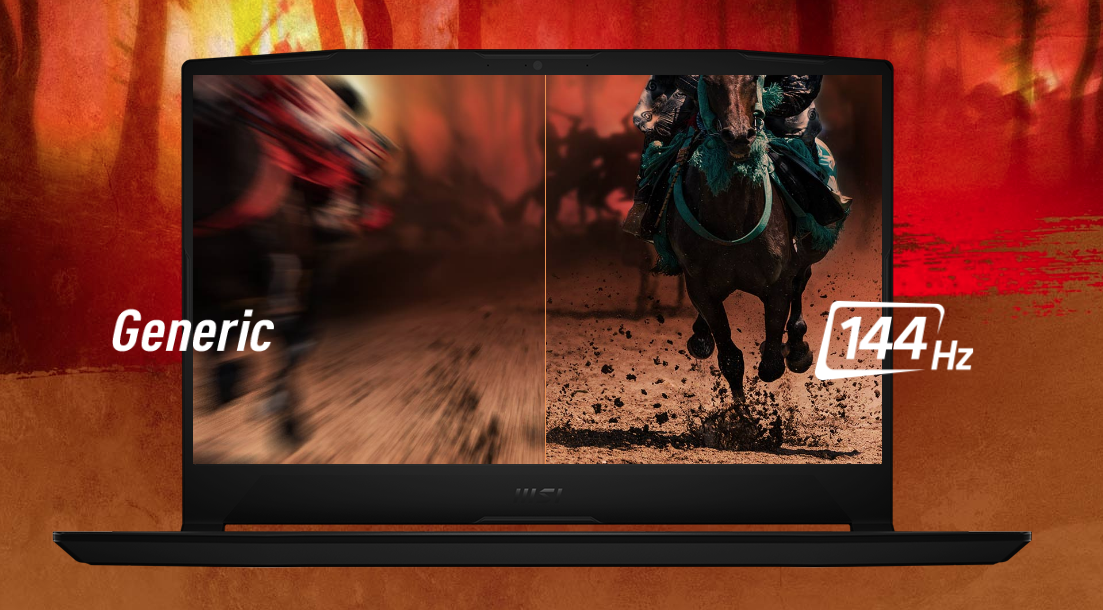 The fastest gaming display brings you the most vibrant visuals so you never miss a beat.

Dedicated thermal solutions for both the CPU and GPU with up to 6 heat pipes. By enlarging the internal diameter of the thermal pipe and utilizing MSI exclusive thermal grease to ensure the maximum performance under extreme gaming.

THE WAY MUSIC SHOULD BE

Immerse yourself in lossless music and enjoy the premium sound quality with Hi-Resolution Audio. Experience and listen to audio the way it was intended. 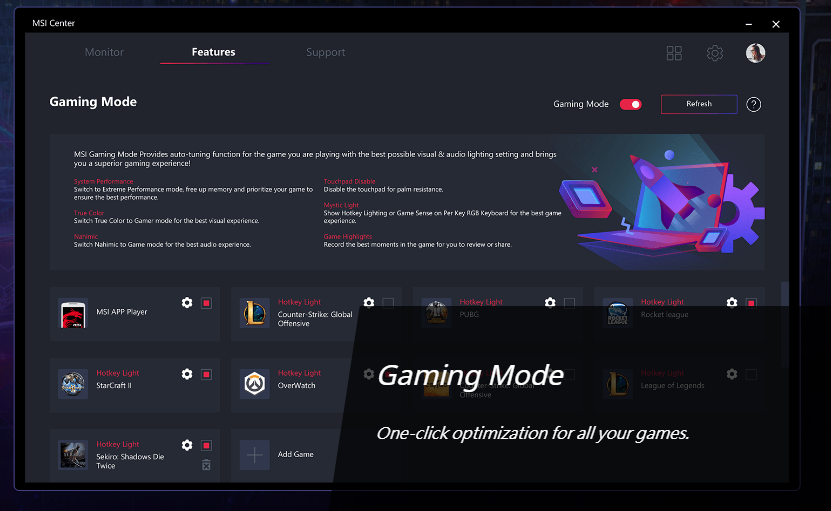 GET ALL THE BUFFS

The exclusive MSI Center helps you control and customize your MSI laptop the way you want. Monitor, adjust, optimize and may useful features are built in one unified system. It offers maximum flexibility with new functions such as Smart Image Finder, UI Skin option and more to to customize your personal preference. 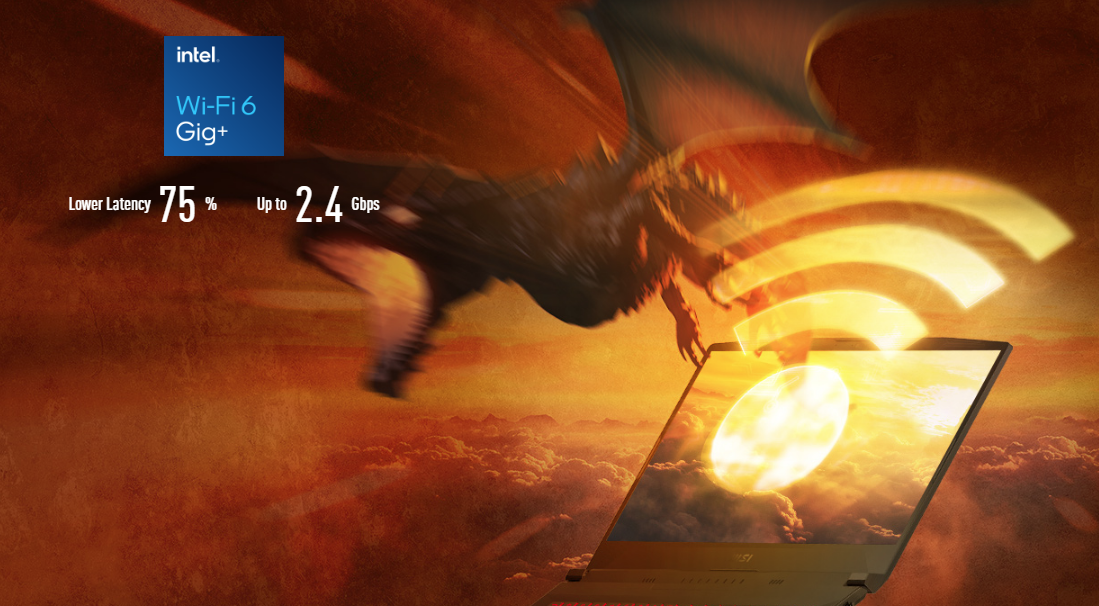 The latest Wi-Fi 6 features 802.11ax standards and 3x faster than Wi-Fi 5, designed to deliver the lightning fast gameplay, the best streaming, and the most immersive communication experience. Play on the most optimal gaming settings with Intel Wi-Fi 6.

There are no reviews yet.

€27,99
Add to wishlist
Add to cart
Quick view
Sold out

This website uses cookies to improve your experience while you navigate through the website. Out of these, the cookies that are categorized as necessary are stored on your browser as they are essential for the working of basic functionalities of the website. We also use third-party cookies that help us analyze and understand how you use this website. These cookies will be stored in your browser only with your consent. You also have the option to opt-out of these cookies. But opting out of some of these cookies may affect your browsing experience.
Necessary Always Enabled
Necessary cookies are absolutely essential for the website to function properly. These cookies ensure basic functionalities and security features of the website, anonymously.
Functional
Functional cookies help to perform certain functionalities like sharing the content of the website on social media platforms, collect feedbacks, and other third-party features.
Performance
Performance cookies are used to understand and analyze the key performance indexes of the website which helps in delivering a better user experience for the visitors.
Analytics
Analytical cookies are used to understand how visitors interact with the website. These cookies help provide information on metrics the number of visitors, bounce rate, traffic source, etc.
Advertisement
Advertisement cookies are used to provide visitors with relevant ads and marketing campaigns. These cookies track visitors across websites and collect information to provide customized ads.
Others
Other uncategorized cookies are those that are being analyzed and have not been classified into a category as yet.
SAVE & ACCEPT
Powered by